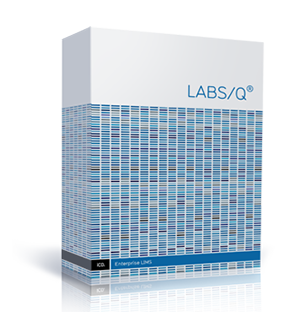 Support at all levels through the use of extensive LIMS modules

A native app is also provided with the LABS/Q® LIMS to assist with inspection order handling. This app runs on both tablets and smartphones, and is compatible with Apple iOS and Google Android. It supports inspection order handling, from the creation of the inspection order and the manual and automatic recording of measured values to the transmission of the measured values to the LIMS. As part of this process, barcodes and QR codes (Android only), image capturing, LES functions, Google Maps (to display the sampling locations) and voice recording are supported. The app can also work offline (without a connection to the LIMS), using previously transmitted data from the LIMS, and record measured values, images and comments. The data will be automatically synchronised if a connection to the LIMS is later established. This means that the app can also be used outside the laboratory, without network access.

These tests can be performed in LABS/Q®, from the planning, warehousing, extraction and inspection of the samples to the graphical and statistical evaluation of the results. This includes, for example, stability forecasts and trends, stability extrapolations and thermal stress tests (Arrhenius), regression calculations etc., from stress tests and development stability to ongoing and follow-up stability tests supporting production.

Tests that support production and scheduled tests can be triggered automatically at 1 to n sampling points by means of project orders. A group reporting function in connection with LABSGraphic allows for convenient graphical and statistical evaluation of the data.

These modules and the functionalities they include allow for the customised definition of workflows for a wide range of actions, e.g. OOS/OOT (Out of Specification, Out of Trend) and Audits.  Related measures, such as root cause analysis, retests, etc. can also be planned, performed and evaluated.

Various unidirectional and bidirectional interfaces to measuring instruments and external systems – e.g. ERP, MES, PCS, PLM and CDS – have been developed based on the standard interfaces in the LABS Suite. The scope of these interfaces is constantly expanding, as a result of developments both by iCD. and by third parties. Industry standards such as AnIML are also supported in this respect.

Here is a brief overview:

Please provide us with your Name, Company and eMail in order to proceed with the download.